We're here! After the longest time away from Hawai'i since I've known her, Coco is back on Maui, and I'm with her. Only fitting, since this is officially a honeymoon.

As we began the vacation, there were some of the minor irritations that accompany travel in the modern age: things we thought were free had charges, things we had paid for in advance had additional charges, there was some discomfort on the flight (audial, physical, and psychic), and so forth. But you know what? It doesn't matter. Because we're in Maui.

Here's Coco just minutes after we checked in to the hotel:

My own greeting-of-the-ocean was a bit more sedate and needs only a still to capture its essence: 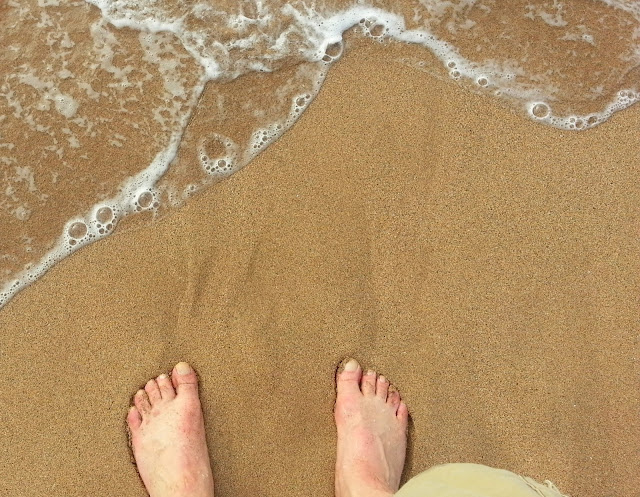 Now, time for some honeymooning.