I think I must have eaten a shoe; I imagine it to be similar to the one Charlie Chaplin ate in Gold Rush, but for the life of me I can't remember when or where I have have done so. At any rate, I was awakened at about four am with severe stomach cramps. Slept in until nine o'clock, felt fine, and all systems have been nominal all day. WTH? I didn't take my pre-dawn constitutional, but Coco and I walked a similar walk to check out lunch places at all the hotels along the beach promenade. It was kind of odd to see all those places in broad daylight. Anyway, one lunch and one dinner later I still feel fine, so I guess it was a transitory whatsis.

We've seen just a few men in sarongs or skirts around here, so I wasn't really expecting to run into someone wearing a full tartan kilt ensemble. But as we roamed around waiting to have our traditional Sunset Dinner™ at Kimo's (vide), 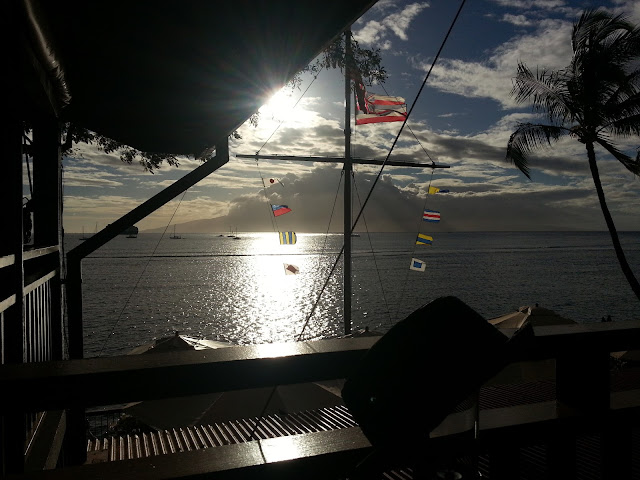 we ran into this fellow out behind one of the many shops on Lahaina's Front Street: 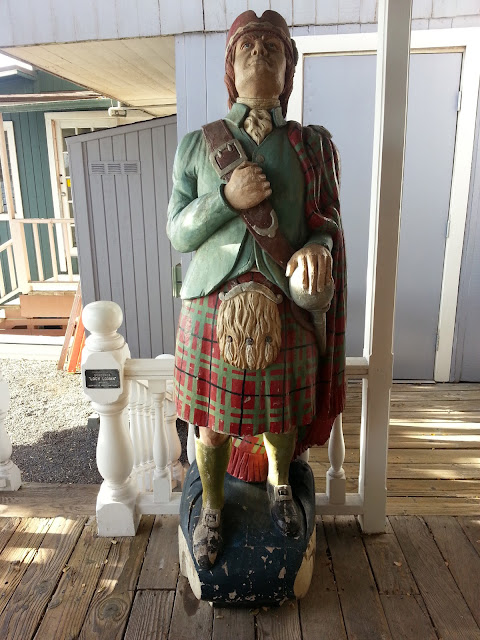 Yes, of course, he's not a real guy, but it's still a pretty cool outfit, especially for the tropics, where I guess it would actually be really hot. Here's his provenance: 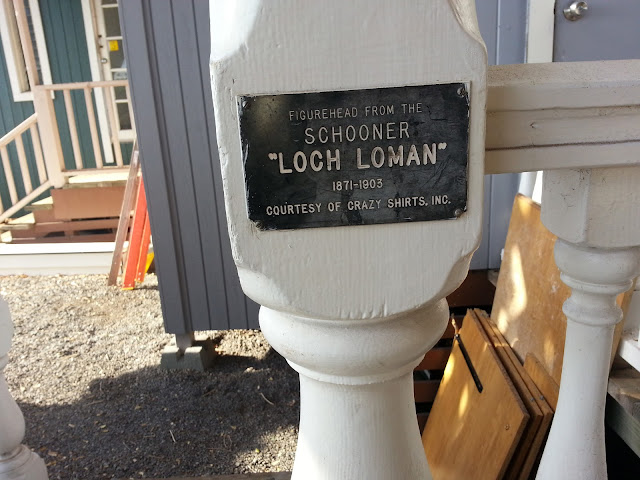 So, shortly after we got here, I ran across this hat and picked it up; it's already been featured in some pics on this blog: 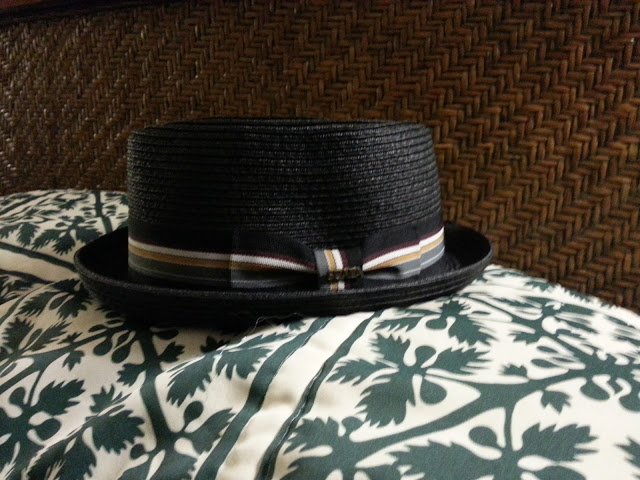 It is a great hat: well-made, comfortable, cool, and stylin'. I like the black, but wanted to find an unbleached straw version. We looked and looked every time we were near a store that had the remotest chance of carrying good hats. Once I thought I had found it at a Maui Clothing Co., but they only had it in two sizes: too big for me and way too big for me. I had about given up, but on the way back to the car after the Sunset Dinner™,  Coco suggested one more look in a shop on Front Street, and there in stack she laid her hands on it, in the correct size: 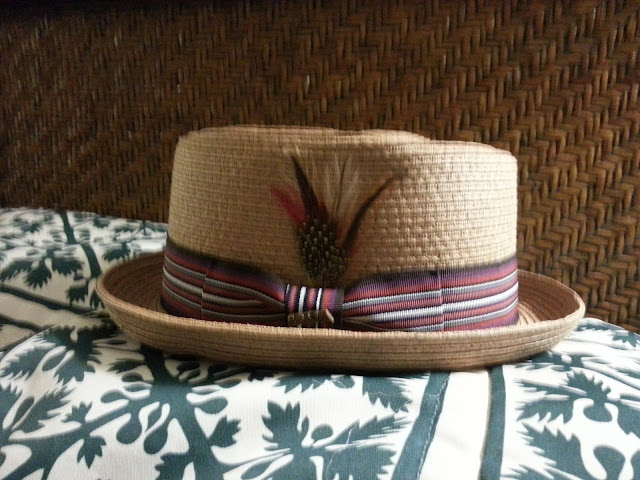 One more reason to love my sweetie, as if I didn't already have enough.

These hats are great: porkpie creases and snap brims, just the way I like them. Best. Souvenirs. Evar. 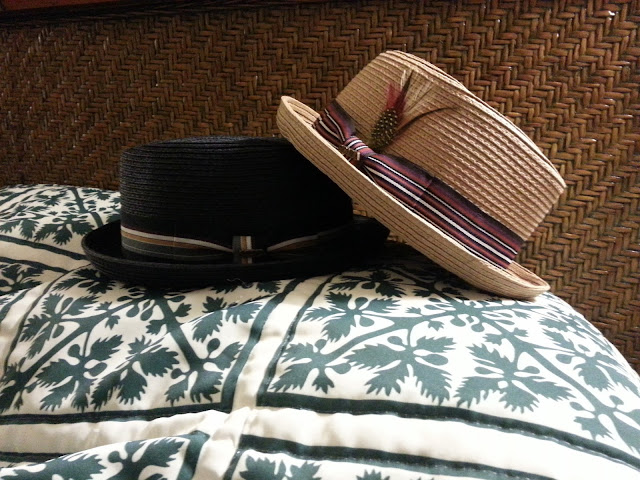 Oh, yeah: Coco bought her own hat, too: all SPF-ified and stuff. It's pretty stylin' as well: 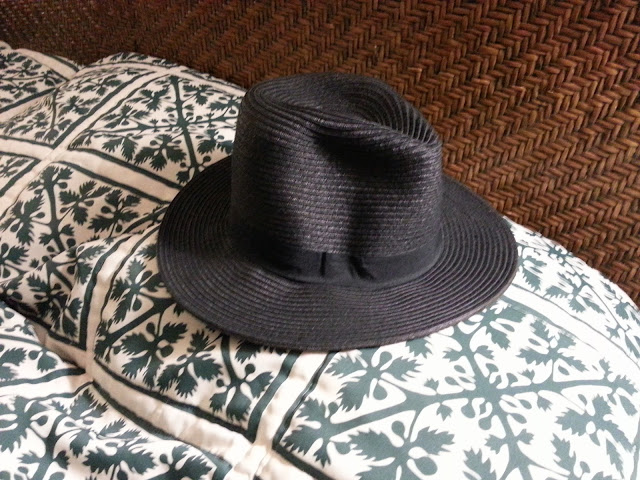