Even though we're staying in Ka'anapoli this time around, our hearts are always drawn to the Napili area, so early today we headed north to have breakfast at the Gazebo restaurant and then spend the morning on the beach at Napili Bay. 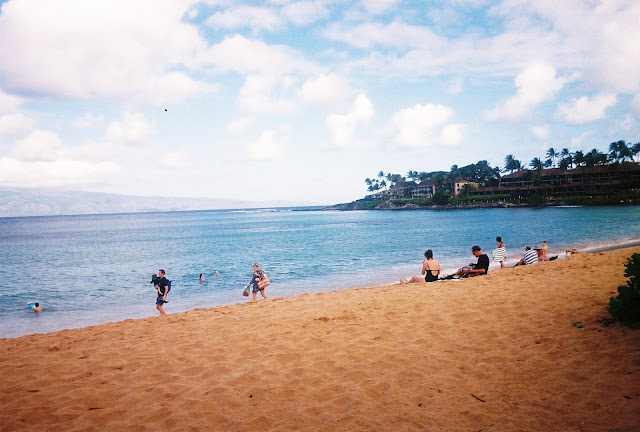 We knew we would be frolicking in the surf, so we didn't bring any cameras or phones to leave unattended; instead, we walked up the the Napili General Store and got one of those single-use in-water tourist cameras. It took some surprisingly good shots: 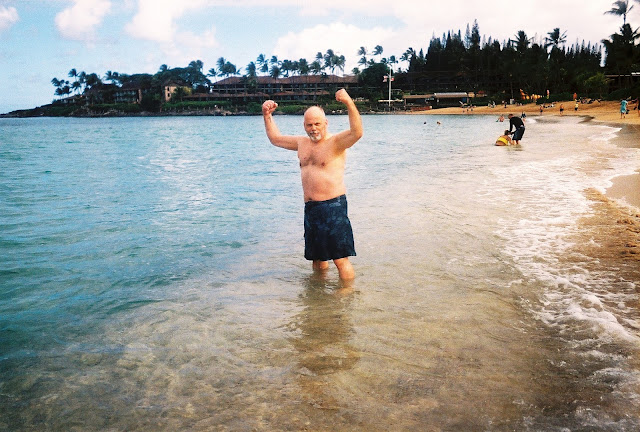 In this corner, wearing the blue trunks... 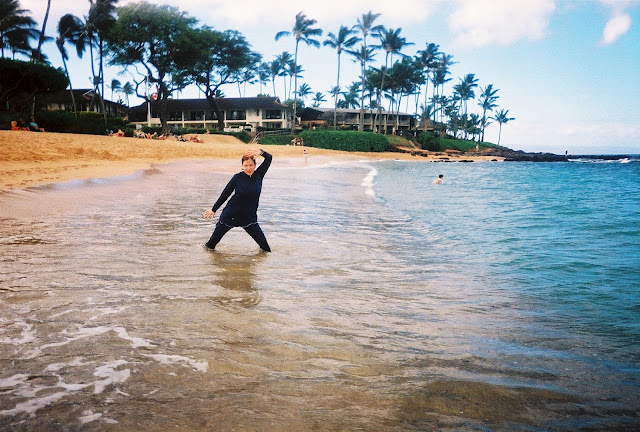 Come on, vogue, let your body go with the flow, you know you can do it 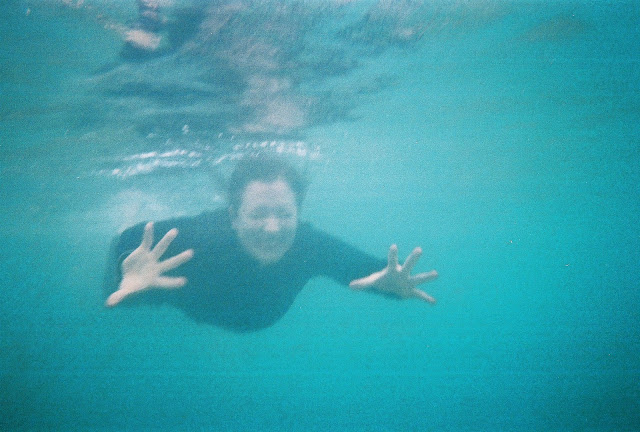 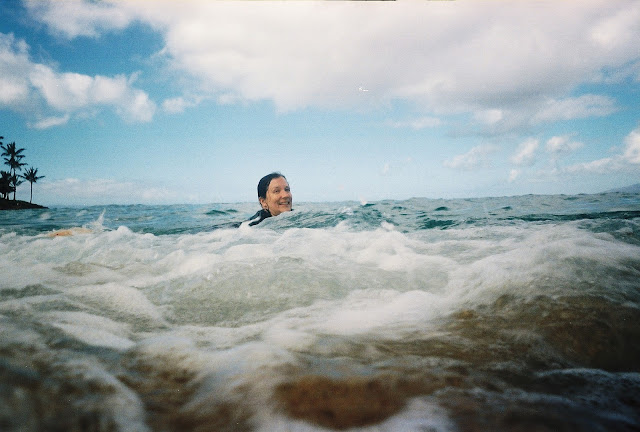 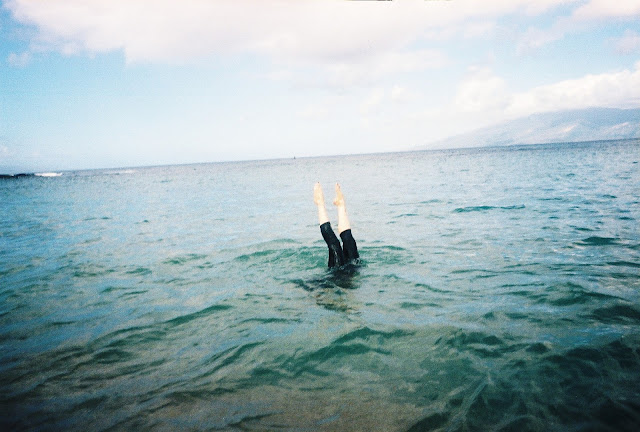 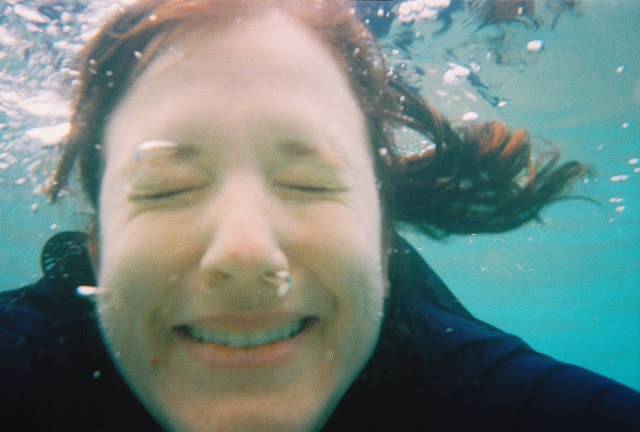 Believe it or not, this is one of Coco's self-portraits 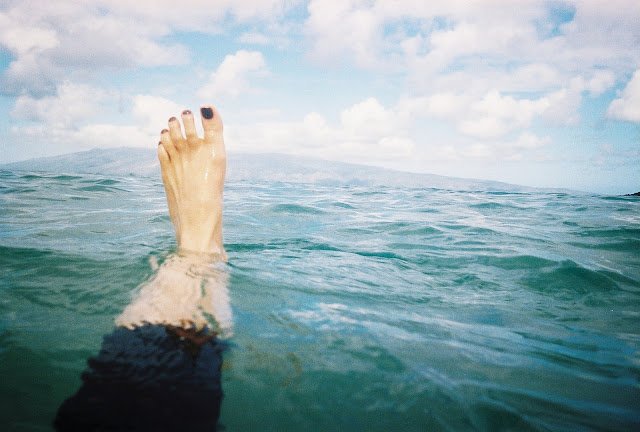 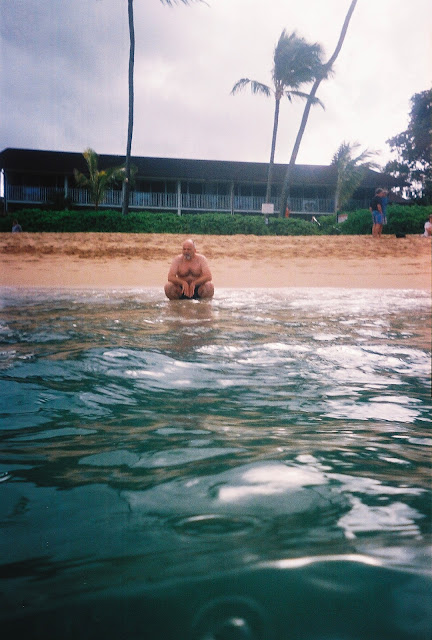 Meanwhile, back on shore...

(I did see some plastic sleeves that were supposed to allow you to take your iPhone or iPad into the water with you. You'd have to be a lot braver or richer than I to try that.)

Even out of the surf, we were underwater much of the time today. It was on-and-off showers all day, that kind of Hawai'ian weather when you still need sunglasses even though the raindrops are falling. And the humidity seemed the highest it's been all trip as well. We were rewarded for enduring all that water vapor in the air, however: vide this rainbow over Whaler's Village and a shot of where it "touches down" in the foothills: 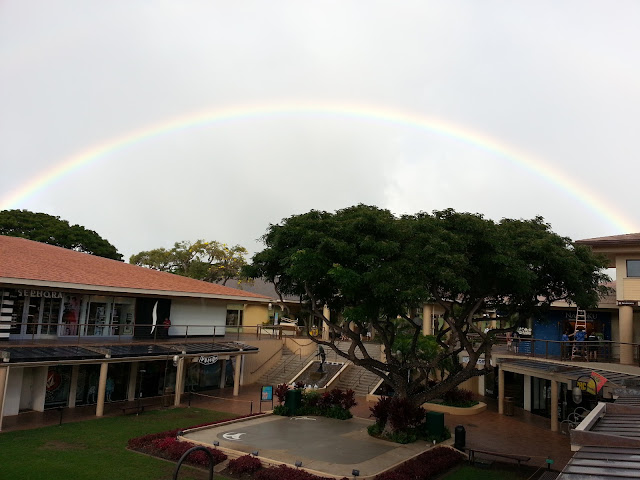 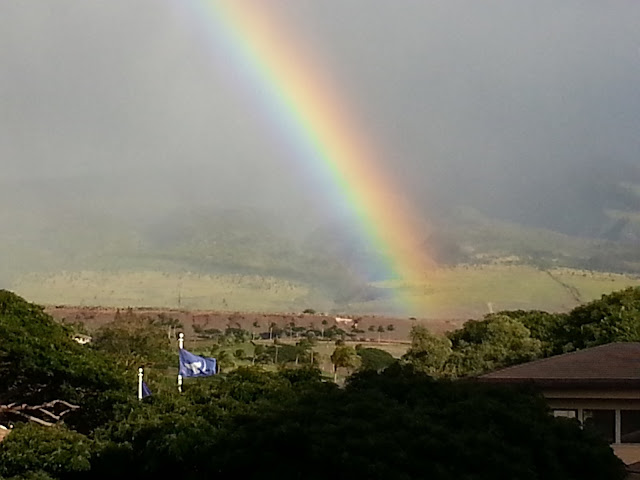 I was just thinking that our blogging and twittering and such in the evenings after the sun has gone down is pretty much the 21st century equivalent of sitting down with a cup of coffee or a drink to write postcards home. Kinda nice, that.